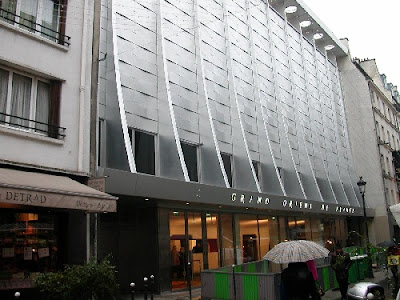 Unfortunately, the age-old accusation that Freemasonry is some sort of evil Jewish plot to do…something…still lives on around the world, and flourishes, in particular, in parts of Europe. (I’ll just ignore, for the moment, even discussing the Middle East, where it’s just taken as fact and is regularly front page news.) In France, anti-semitism is on enough of an increase that an alarming number of French Jews have decided to emigrate to Israel and elsewhere instead of dealing with growing threat levels in their own country. Along with that has come what appears to ge a growth of anti-Masonic sentiment, as well. Case in point:
Several news sources are repeating a story from Paris’ La Parisien paper this week that Christophe Habas, Grand Master of the Grand Orient de France, was attacked Wednesday night as he left their Paris headquarters by a woman wielding a hammer. As she struck him, she repeatedly yelled, “Jew!” before fleeing the scene.

From the March 23rd La Parisien story (via Bing and my high school French translations):

The grand master of the Grand Orient of France (GODF), Christophe Habas, was assaulted Wednesday, around 11:20 pm, in Paris, by a woman as he came out of the headquarters of the largest French Masonic obedience, on Cadet Street (ninth). The head of the GODF, 51, filed a complaint. An investigation for “voluntary violence” was opened and assigned to the territorial security of Paris, according to a police source.

‘A woman armed with a hammer rushed on me’, said Christophe Habas, who was able to wrest it with the help of passers-by. The woman then took flight, and the grand master of the GODF, a doctor, survived with a few scratches.

The woman “made anti-Semitic remarks”, according to the victim. “I think it was also anti-Masons”, Christophe Habas, who the author’s profile “seems to coincide” with a previously reported woman recently trying to write remarks hostile to the Freemasons on the asphalt of Cadet Street.

According to Christophe Habas, who is also Chief of neuroimaging at the Quinze-Vingts hospital in Paris, she is probably “mentally ill, which, in a paranoid fit, gave free rein to her delirium in anti-masonic, anti-Semitic conspiracism.”

The grand master of the GODF (with more than 50,000 brothers and sisters) is concerned about a possible resurgence of anti-masonry “especially at the present time, in an election period, with the social networks that are set on fire by spreading everything and anything.”

Non-Masons don’t tend to make distinctions between our own internal and arcane demarkations of who’s regular and irregular—most especially when they go posting anti-Masonic news site comments, or say, bashing anyone they believe to be a Freemason in the head with blunt objects. All anti-Masons know is that we’re all in on whatever bizarre, nefarious plot they believe in. I despise invoking the infantile “everything I hate is Hitler” analogy that is the current vogue these days, but it is nonetheless applicable in this very specific instance. When the Gestapo was rounding up Freemasons in occupied Europe, they didn’t go around checking the dues cards to see who was “regular” and who wasn’t. Nor did Franco’s police, or Mussolini’s. The slogan of “All Freemasons Jews, All Jews Freemasons” is an oldie but a goodie in much of the world, even if we don’t hear it much over here.

And it doesn’t seem to be losing popularity anytime soon, I’m afraid.

Here’s the punchline to this story:

There’s a certain tragic irony in my later discovery this afternoon that GM Habas was attacked as he departed a joint meeting and presentation between members of the Grand Orient de France and the Grande Loge Nationale Française on the subject of “Foundations of Violence To the Fraternity.” 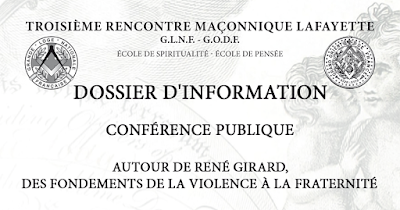