I Have Met the Enemy and It’s Me

I Have Met the Enemy and It’s Me 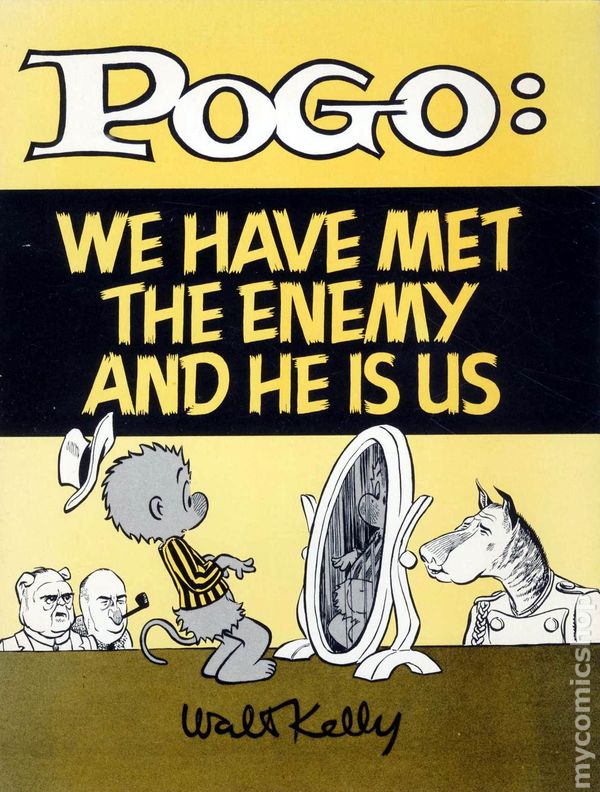 Through most of my Masonic life I have thought of myself as a progressive Freemason. I was above the “We never did it that way before.” mentality. I have championed such radical ideas as opening meetings on the first degree, table lodges, ending the prohibition of alcohol within a Masonic temple, higher Dues…etc Anything that might make an old Past Masters teeth itch and blood pressure rise, I tried it.
Sunday morning I woke up to several text messages from an unknown number on my cell phone. As I read the texts I discovered the sender was the Chaplain from my lodge in Texas. He was asking me in my position as the chairman of the lodge technology committee, if I allow other administrator rights to our lodges smartphone app. In my morning grumpiness I replied “When directed by the Master” and started my day thinking my reply would finish the conversation.

Last night I received more texts from the same Brother. This time he wanted me to allow him to have administrative rights to the app because “He thought the lodge wasn't utilizing the app to “its fullest potential.” And proceeded to tell me what, I perceived, I was doing wrong. The ideas the Brother had for the smartphone app were all great ideas and very innovative but as a Masonic webmaster of nearly two decades I knew these changes wouldn’t be utilized by the membership because I've tried doing them before in the past and no one had even tried them.
Needless to say I got angry and threatened to resign my position on the committee. “If this kid thinks he can do this job better he should have the job!” I told the Secretary and the Master. Both men tried to smooth my ego telling me what a valuable asset I was to the lodge and he could never replace me. After a few minutes of praise my ego was adequately stroked and my temper was soothed and I begrudgingly gave the Brother the access he requested. In my mind I thought “I'll have to fix it all later after he screws it up.” This morning as I rose, my mind wandered to my actions last night and I will admit I am a little ashamed of myself. I have become what I made fun of my whole Masonic life: A grumpy Past Master with a massive ego.

Instead of embracing innovation I slipped into “we have done it that way before and it didn’t work” mentality. I allowed my ego to hoodwink me instead of following the old emulation, “He who can best work or best agree.” I have met the enemy and he is me.

Brethren, this is more of a confession than it is a story. I have no high moral or knowledge in which to impart with this piece. Thanks to this Brother I realized I have a hidden imperfection on my rough ashlar in which I need to work on.

I'm sure each of you reading these words, whether you realize it or not, have an imperfection hidden deep within your ashlar. I truly believe it behooves each of us to look inward for imperfection before we continue our journey to that undiscovered country.
~BH
WB Bill Hosler was made a Master Mason in 2002 in Three Rivers Lodge #733 in Indiana. He served as Worshipful Master in 2007 and became a member of the internet committee for Indiana's Grand Lodge. Bill is currently a member of Roff Lodge No. 169 in Roff Oklahoma and Lebanon Lodge No. 837 in Frisco,Texas. Bill is also a member of the Valley of Fort Wayne Ancient Accepted Scottish Rite in Indiana. A typical active Freemason, Bill also served as the High Priest of Fort Wayne's Chapter of the York Rite No. 19 and was commander of of the Fort Wayne Commandery No. 4 of the Knight Templar. During all this he also served as the webmaster and magazine editor for the Mizpah Shrine in Fort Wayne Indiana.
Do you like it?0
Read more