Our Lady of Fatima and the Battle With Freemasonry, Part 1 – Church Militant 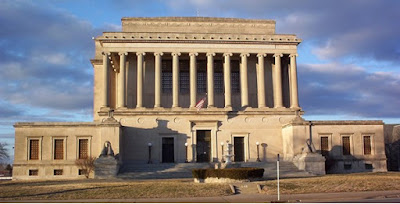 On Thursday, March 30th, 2017, the Kansas City chapter of the American Institute of Architects will be sponsoring a tour of the Valley of Kansas City’s Scottish Rite Temple. The tour will be followed by a prsentation by professor and author William Moore, entitled ‘Solomon’s Temple in America: Masonic Architecture, Popular Culture, and Biblical Imagery 1865-1930.’ 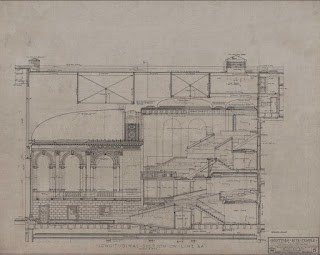 Freemasonry was ubiquitous in the United States between 1865 and 1930. Because of the centrality of Solomon’s temple to the Masonic ritual, members represented it repeatedly in paintings, decorative arts, and architecture. Through analysis of works ranging from lithographs to mausoleums and from circus performances to church windows this lecture examines how Masonic conceptions of the temple permeated the nation during this period.

Don’t miss your chance to see and hear about the detailed craftsmanship in this Kansas City landmark. Limited tour tickets available.

William Moore is an Associate Professor of American Material Culture at Boston University where he also serves as Director of the American & New England Studies Program and teaches in the Department of History of Art and Architecture. He holds degrees from Harvard College and Boston University and is currently first vice president of the Vernacular Architecture Forum, the premier national scholarly organization for the study of ordinary buildings and landscapes. He is the author of Masonic Temples: Freemasonry, Ritual Architecture and Masculine Archetypes. An American Studies scholar with fields of research including public history, American folk art, and the history of surfing, he is currently working on a manuscript examining the national fascination with the Shakers in the years between 1925 and 1965.

The KC Scottish Rite is located at 1330 Linwood Blvd., Kansas City, Missouri. This event is open to the public.
To register, CLICK HERE.
The Valley’s building has had a tumultuous history. The cornerstone was laid in 1928 and the Temple was opened in 1930. Just nine years later, tough financial times caught up with them and they were forced to sell it. They shared space in the Ivanhoe Masonic Temple for 18 years, then purchased and remodeled the former Temple B’Nai Jehudah synagogue on Flora Street. They sold that building in 1971, and through hard work, dedication, and the alignment of membership, finances, and the stars, they actually managed to do something almost unheard of in this fraternity: they bought their magnificent 1930 former home back again.